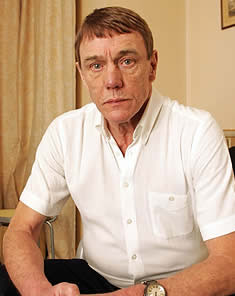 Mr Perry, 59, can eat whatever he likes - including unlimited pies, burgers and desserts - and never get fat. He cannot put on weight because of a condition called lipodystrophy that makes his body rapidly burn fat.
He used to be a chubby child, but at age 12 the fat dropped off "almost over night". He initially tried to eat more to gain weight, but it had no effect. Mr Perry, of Ilford in Essex, endured a decade of tests before the illness was diagnosed. It finally emerged that his body produces six times the normal level of insulin. Doctors have admitted that the condition would be a "slimmer's dream".
Posted by The Man at 5:00 PM