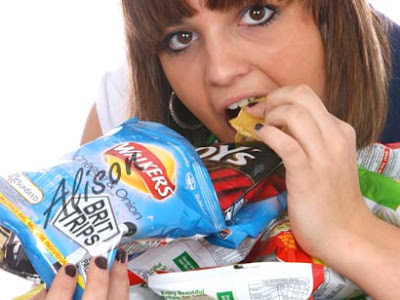 A village shopkeeper is marking wrappers and drinks bottles with the names of children who buy them in a bid to discourage them from littering.
Yvonne Froud, 52, took action after becoming fed up with the rubbish collecting in Joys Green in the Forest of Dean, Gloucestershire.
She said the village, particularly the children, had taken the campaign on board.
"It's made a great difference. The whole village is a lot cleaner."
"We had a good old clean up with the help of the council," she added.
Campaign working
The shopkeeper said the children understood the reason behind the clean up when it was explained to them.
She said: "It is just a question of taking responsibility. It is just a bit of education and it seems to be working. Nobody has really complained. If they do, we'll take it into account.
"On the whole the feedback has been good."
The clean-up campaign began four weeks ago when the children were encouraged, with the incentive of an Easter egg, to pick up sweet and crisp packets.
Mrs Froud said if named wrappers were found on the streets, she had a chat to the "offender" who was temporarily banned from the shop or asked to pick up some litter as a consequence.
She said the campaign would continue "because it is working".
VIDEO
.
Posted by The Man at 1:45 PM