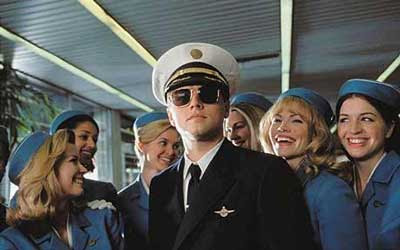 A British teen from Yorkshire succeeded in persuading British aviation executives that he was a tycoon about to launch his own airline. Using the pseudonym Adam Tait, the smooth-talking 17-year-old told airport and airline executives that he had a fleet of jets.
Tait, who said he was in his twenties, even flew to Jersey to attend a 1½-hour long meeting with the director of its airport. Their talks were considered promising enough for a further meeting to be arranged, which was due to be held next week.
Other air industry bosses found themselves dealing by telephone or e-mail with Tait’s fellow executives, David Rich and Anita Dash, who proposed to launch a cut-price Channel Islands-based airline servicing most of Europe.
What no one realized was that Tait, Rich and Dash were all the same person: an aircraft buff with the gift of the gab and an overactive imagination.
His exploits are reminiscent of those of Frank Abagnale Jr, who convinced the Pan Am airline that he was a pilot while still a teenager.
The Yorkshire teenager’s six-month-long ruse, which included placing articles in industry magazines, foundered only after one publication, Airliner World, became suspicious. It started to unravel the complex network that Tait had set up of fake websites, "virtual offices" complete with a real telephone receptionist and bogus names.
Last Monday he was questioned by Essex police while trying to gain access to a 93- seater jet at Southend airport, having convinced the plane’s marketing agent that his "company" wanted to lease it.
.
Posted by The Man at 2:43 PM