The switch from right to left driving 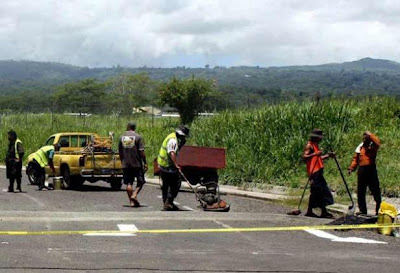 Rebellion is stirring in the normally laid-back Pacific island nation of Samoa, with threats to torch buses and stage mass demonstrations – all over an official plan to oblige citizens to drive on the left.
Thanks to a brief period of German rule in the early 20th century, Samoans have always driven on the right. The government plans to change that on 7 September, making this the first country to swap sides since Ghana in 1974. The rationale is that the switch will encourage Samoans' relatives in Australia and New Zealand to send home their used right-hand-drive cars. At present, most vehicles on the streets of the archipelago are gas-guzzling American left-hand drives.
.
Posted by The Man at 11:07 AM