Des Moines Iowa, A man had a couple in a restaurant fill out a check "for any amount they wanted" in a random act of kindness. 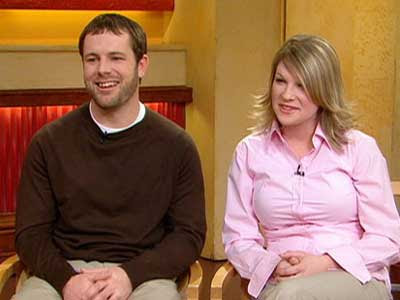 They were just enjoying a bite to eat in a café - when a mysterious stranger changed their lives by handing them a blank check. It sounds like the script of a television programme, but it is exactly what happened to a couple called Alissa and Barry, as they ate last Thursday at Dr Salami's Café in Pella, Iowa. An elderly man approached the pair and asked them if they had any children. They told him that Alissa did have a two-year-old. The man then slid a check across the table and told them to fill it out for as much as they liked. The two assumed he was joking and filled it out for $100,000. The benefactor then signed the cheque and told the couple: "I'm good for it."
.
.
The man did give them certain conditions. They were not to reveal their last names or his identity and were to use the money to buy a house. And if they have a child together, they are to name the child after him. He told them that he always regretted that he had no grandchildren.
Posted by The Man at 7:46 AM