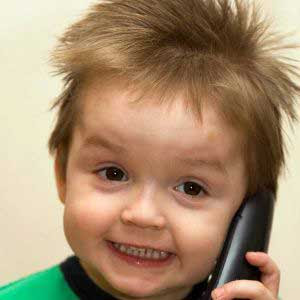 A boy of two saved his mum's life - by dialing 999. Toddler Joshua Brookes kept his nerve after mum Isobel collapsed unconscious at home.
The youngster picked up a telephone and called the emergency services, telling an operator: `Mummy won't wake up'.
Police operator Paula Hall told the toddler to shake his mum and the line went quiet as he went away to try to rouse her. Moments later, Joshua returned and - becoming frightened - said: `It hasn't worked.'
Paula struggled to get him to reveal his name, even asking what name Father Christmas put on his presents, but in the end, police used the phone number to track his address.
They then sent help to the boy's home in Wigan, while the operator tried to keep him calm and told him to open the front door for the police. When they arrived, Joshua used a box to stand on and reached the door handle to let them in. Police found Isobel, 30, who suffers from a rare heart condition, unconscious.
The mum-of-two was revived and awoke to see paramedics standing over her. She was taken to hospital and made a full recovery. Joshua is now being hailed as a life-saving hero after details were revealed for the first time.
Posted by The Man at 11:35 AM