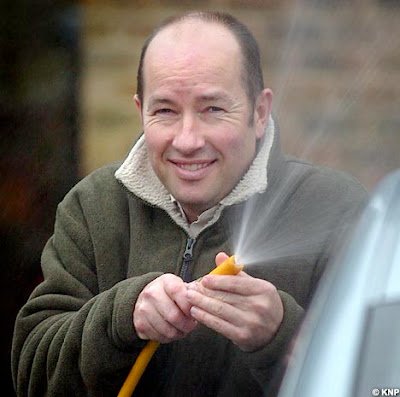 A man was arrested on suspicion of assault after he sprayed his next-door neighbor with a garden hose during a minor argument. Bob Cornwall, 41, a financial adviser, had his fingerprints taken and was forced to give a DNA sample during three hours of police questioning.
He had sprayed his neighbor, John Tait, 67, with water after he complained that Mr Cornwall was dumping branches in his garden. Mr Cornwall said yesterday: "He was angry, red-faced and shouting. I had the hose in my hand, so without really thinking about it, I sprayed him with water."