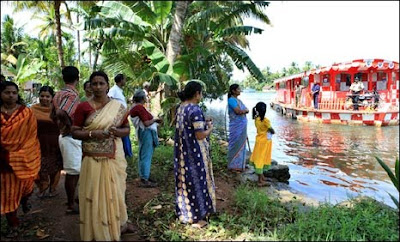 In the sylvan backwaters of India's southern state of Kerala, a floating supermarket is making waves.
Touted as the first of its kind in India, the Floating Triveni calls at various ports, stacked with some 2,000 items of groceries and provisions.
Among its cargo are rice, grains and cereals, and stationery and toiletries.
More than a million people are in the path of the floating mart which is a big hit with the customers.
As the nearly flat boat buzzes along the extensive network of Kerala's waterways, villagers jostle among themselves to be the first on board.
It can accommodate 20 customers plus eight crew members at any given time.
The vessel sets off every morning at 8am and replenishments are done during the night halt.
. 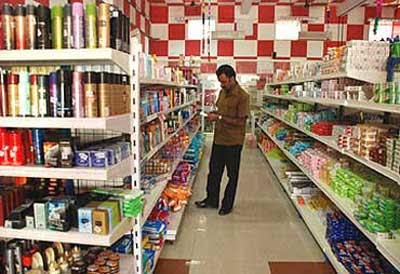